Mike Walsh, creator of the Ethnic European and author of Rhodesia’s Death, Europe’s Funeral, recently quoted a letter he received in reply to Europe’s Treachery Repaid. In the article Mr Walsh accurately stated:

Today, both the United States and Australia are assigned to suffer the same fate as their betrayed ethnic-European kin in Rhodesia (Zimbabwe) and South Africa.

Having succeeded in transferring Europe’s African colonies to their Wall Street vaults, guarded by NATO enforcers, the great banking corporations have now turned their race-destroying anti-Christian fire on the United States, Europe and Australia’s ethnic-European peoples.

The handover of Europe’s African colonies to global banking corporations was slyly sold as the inevitability of Black rule. The fraud was achieved by coerced and compromised politicians, church leaders and corporate-owned mainstream media. The political elite have always been corrupted by power, clandestine access to riches and illicit paedophilia. Compromised, the political elite and media cohorts were putty in the hands of the banking house manipulators.

As we Rhodesian’s know, the World Council of Churches and ALL Western Governments were promoting Liberation Ideology which required that they actively assist the murderous regimes of the USSR, Communist China, North Korea and Cuba – all guilty of a vicious hatred for Christians that extended to the slaughter of Christian Priests, Nuns, pregnant women, children and the desecration of Churches.

These vile Struggle Sessions continued in Communist China while the West and the World Council of Churches aided them to kill anti-Communist black and white Rhodesians.

It was no secret to the world that the Chinese Communists head-hunted, then paid and trained Mugabe and ZANU PF cadres. Yet, Western Christians, so blinded by Liberation Theology which portrayed blacks only as victims, and whites only as oppressors, aided a Third race to take over Rhodesia.

Despite 80% of the Rhodesian army being comprised of black volunteers, they were deemed too stupid(???) to know what was good for them by Western Christians. Instead, the Communist Chinese, a race that had virtually no history in Africa, that had contributed absolutely nothing to its or Rhodesia’s development and is renowned for being racist to blacks was preferred! Liberation Ideology is pathologically anti-white.

While Americans and Australians died in the Vietnam War, their Churches were sending money to help Mugabe’s Communist Chinese backers kill and terrorise black and white Christians. A favorite terror ploy was raping then hacking off the lips of village women.

For pennies in the dollar, Communist China conquered Rhodesia, acquired her infrastructure and resources and another White genocide followed.

This was the absurd allegation during the Cold War between the USA and USSR: Tiny Rhodesia Was A Threat To World Peace, Despite Never Invading Another Nation, But Being Invaded By Several Communist Nations Backed By Almost All of Europe, Britain, America, Canada, Australia & NZ.

Liberation Theology is most suited to Situational Ethics. As we know, Situational Ethics belong in a Synagogue from which they sprung. They are counter-intuitive to the teachings of Christ. This is something Jews joke about and the statistics verify. If Christian wish to pursue anti-Christian Ideologies, then they need to be honest about it.

Situational Ethics not only give rise to Liberation Theology, which has never liberated the ordinary villager, but always used race-wars to sentence them despotic tyranny. It also invites another ideology to dictate what path Western Christian Civilizations must take in its non-Christian non-Western image.

Before we get to the Letter, I’d like to mention that being called an “Ex-Rhodesian” is, in fact, an insult. We are not expatriates. We, both black and white, fought for 15 years to defend our nation. We were forced by the entire world to surrender. We are the unwilling victims of the genocide we said would happen. Many of us living in the diaspora, others grinding through Hell after Hell, in that alien nation called Zimbabwe. We are, and always will be, Rhodesians.

LETTERS: EX-RHODESIAN: My family are Rhodesian (parents born there) and I was born in South Africa. This article is spot on. Thanks for writing it. I see the same tidal wave of chaos and violence being unleashed in Europe, the US and Australia and I smile. The violence, damage and terror you inflicted on me and my family you have now brought to your own shores. This brings a huge feeling of schadenfreude to me. Take it and experience the misery you inflicted on so many who fought to try and protect their countries, homes and families.

The horror that Christians have (are) inflicted on Christians in other nations, the Brother Wars, the betrayals & deceits to serve $$$ interests…. did not start with Rhodesia. Nor will they end with Rhodesia.

As a Rhodesian in the diaspora, and as the Editor and a contributor to Reclaiming Rhodesia, I am fully aware of what was done to my country and all its people. I too, bore the brunt of the racist Liberation Ideology European men and women openly spat at me at various times in Britain, West Europe and Australia for 20+ years. As did my friends and family who, as children, were illegally un-documented by the British Home Office and even murdered by the World Council of Churches hero Mugabe, with the aid of North Korea!

I do not care about those vile people, nor what they face before or when they meet their Maker. I do, deeply, care about my and their offspring. They are our ethnic descendants, being born into a world their virtue-signalling grandparents invited to despise them. They are the innocents, the Lambs of Christ, and are not for any of us to sacrifice on the Altars of Bitterness, Hopelessness or Multi-Kulti Anti-White Hatred.

So, while I deeply empathize with my Rhodesian kinsman and his sentiments, now is the time to lead. It sounds absurd, doesn’t it? After genocide and exile (remember, whether we packed a suit case or not, we were exiled from Rhodesia forever in 1979-1980 and the mass slaughter of possibly 40,000 black Rhodesians by “Hero” Mugabe’s savages in 1983/4 is testimony to that).

To the absolute horror of the anti-white, anti-Christian and anti-Western MSM, Rhodesians are increasingly viewed as not only being innocent, but also as heroes. This is the Spirit we want to revive in all our people, especially within our youngsters. This is how we can best prepare them for a difficult future.

Reclaiming Rhodesia From The Lies

The world united against 250,000 Whites and the official representatives of all 4,000,000 Blacks, their traditional Chiefs, to destroy Rhodesia.

Why? What was the real agenda?

And why is Rhodesia so much more significant than being “just a footnote” in history?

As the ‘establishment’ attempts to erase the true history of Rhodesia, we notice a new colonialism. One that is global, brutal and destructive.

Who is really running Zimbabwe Ruins?

Window On Rhodesia – The Jewel Of Africa 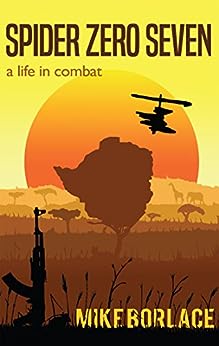